The third anniversary of the laying of the foundation of the Bosmont Masjid is upon us Alhumdulillah. 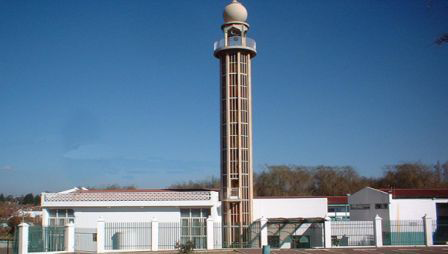 It was a proud moment for the Muslim community of Bosmont on that 8th day of April 1966.

This event was no small accomplishment if one considers that the Bosmont Mosque Islamic Centre was formed only two years earlier(1964) during a period of great uncertainty as a result of the disruption of established communities.

It was during the sixties that people of colour were forced to move from areas such as Albertsville ,Vrededorp(Fietas) and other areas in and around the inner city to be settled in new designated areas such as Bosmont and EldoradoPark.

The muslim community who settled in Bosmont, pooled their resources(financial, expertise, manpower) and with additional aid from the late Hadjee Achmad Mia purchased the site on which today stands the Mosque and madressah buildings.

We proudly proclaim their accomplishment of erecting the first place of worship in the new township.

The first committee(1964) under the chairmanship of the late Hadjee Ghyroela Sallie did a yeomans service to lay the ground work for the proposed building of the Bosmont Masjid.

When the first concrete was poured for the new Masjid in 1966 Hadjee Dawood Chota presided over the proceedings.

The first Jum’ua prayer was led by Imaam Ebrahim on 1 December 1966 who also served as the first Imaam of the newly erected Masjid. he was followed by Imaam Ikraam and Imaam Binjamin.

The first Taraweeh prayer were held in 1967 led by Hafez Yusuf Mia. he has led the Taraweeh prayers ever since with the exception of one year when he was in India on an Islamic study course.

The first bazaar held on the premises to raise funds for the building of the masjid was graced by the presence of the world famous Qaari, Abdul Baasit.

In April 1969 Imaam Gafielodien Abrahams was appointed as Imaam of the masjid. he has served the community since then. A period of 26 years of unbroken service( May ALLAH reward him). 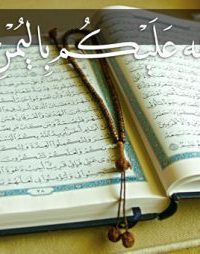 With the construction of the Madressah building later, Hadjee Oefie Matthews and others played a prominent role. The first principle of the madressah was Hadjee Murat. it is on this terrain that we were blessed to enjoy the inputs and dedication of people such as Hadjee Ali(Choppie), Hadjee E. Davids, A Fakier, M Sataar and I Snyder.

With the establishment of the madressah some 25 years ago, Hadjee Fatima Abrahams has become synonymous with that institution and Hadjee Zuleiga Essop and Mariam Khan not lagging far behind.

It is theirs and others like that whose dedication and contribution over the years that has created the platform for the establishment of the first Muslim School(Secular) at the center in 1995.

It is not by design that the women of our community are only mentioned now. We know that without their consistent and valuable contributions many a stone would have been left unturned.

In the 3 decades since that first soil was turned, we have been fortunate to enjoy the the dedicated contributions to the welfare of our mosque and community by people such as Messrs ,M Moola(Boeta Homes), S Adams(Boeta Dickie), F Hendricks(Boeta T’lye), Boeta Habiei, A Davids(Hadjee Dollie), Fuad Malick, M Allow(Boeta Malla), I Richards(Mylie).

We have omitted many more names tan those mentioned in this brief overview. However, let it be known that the contribution of all Muslims past and present, is hereby profoundly acknowledged.

May the Almighty ALLAH bless those who have served him and their community with such dedication and may they all receive their rewards inshaALLAH.

We thank ALLAH for his infinite mercy and guidance and pray that he grant the members of our community good health and long life to continue to serve him and the community of Bosmont.